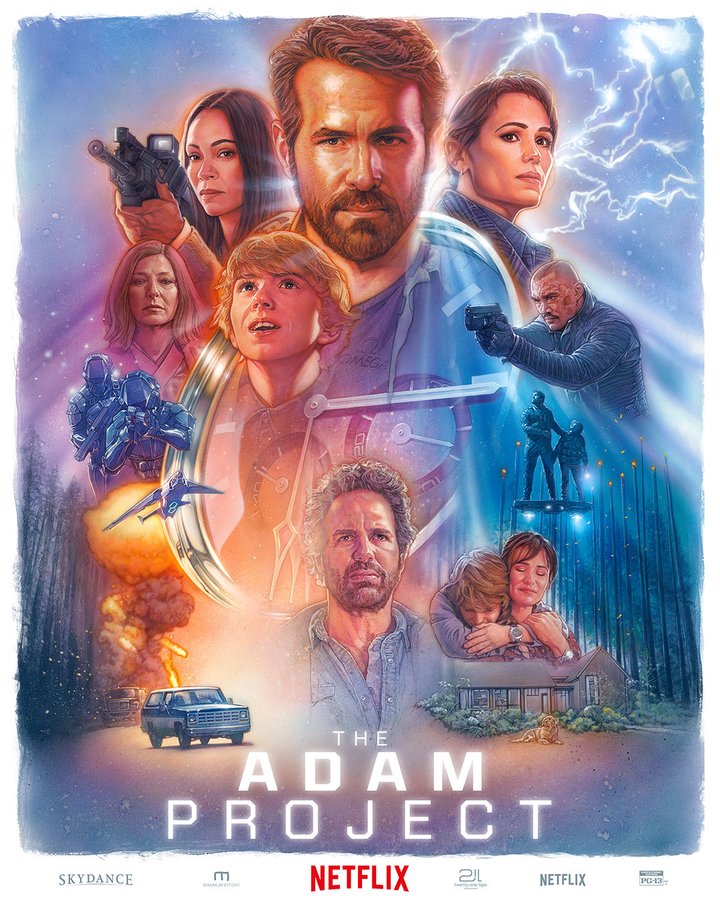 In Netflix’s science-fiction movie The Adam Project, Adam, a 2050 time traveler played by Ryan Reynolds, lands in 2022 to team up with his father (played by Mark Ruffalo) and his younger 12-year-old self (played by Walker Scobell) on a mission to save the future.

From UFOs to flying cars in space, the CGI is amazing and makes the robots and laser guns look super realistic. Not only does the well-written script make this a great film, the actors also make this film even better. Reynolds and Scobell are a dynamic duo with the funniest dialogue, which is both scripted and improvised. Mark Rufflo as Louis Reed and Zoe Saldana as Laura Shane (Adam’s missing wife) gave awesome performances, but newcomer Scobell makes it even better, this being his first film. This movie kept me laughing, entertained, and shocked the entire time.