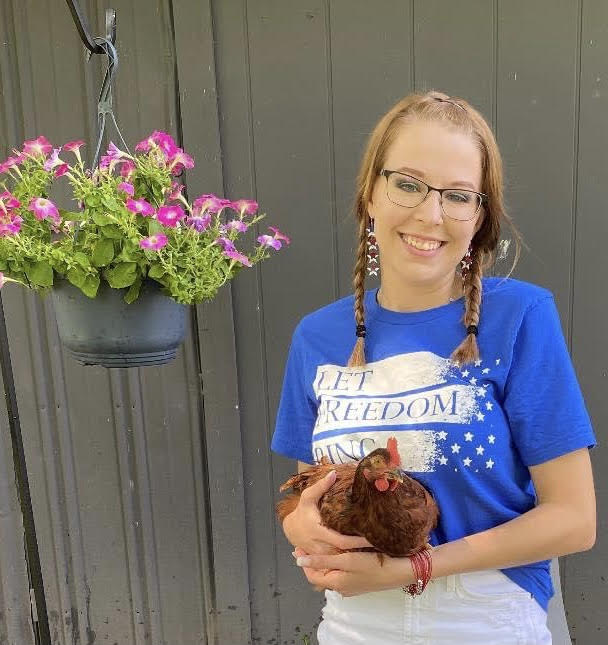 Originally from Pocola, Oklahoma, Mrs. Cailin Powers brings to Kimmons an array of talents: gardening, fishing, and driving a tractor.

“In the summers, I have helped my family haul hay for our cattle since I was old enough to drive,” Mrs. Powers said.

Mrs. Powers, who is expecting her first baby in June, was first inspired to become a teacher during college because she was not sure what she wanted to do for her degree.

“I took criminal justice classes, an EMT class, and other general education classes,” Mrs. Powers said. “Finally, I took an assessment and scored the highest in teaching, so I switched my degree and decided to give it a try.”

During her education classes at UAFS, Mrs. Powers had an instructor named Dr. Evans who motivated her to finish her bachelor’s of science degree in elementary education.

“Dr. Evans had a way of connecting with her students and inspiring us to be the best version of ourselves,” Mrs. Powers said.

One personal goal Mrs. Powers has is to manage her time better.

“I typically organize the day by priorities: what I need to accomplish that day and what can wait,” Mrs.Powers said.

“The students make teaching enjoyable because they are always willing to try something new,” Mrs. Powers said.

Outside of school, Mrs. Powers enjoys spending time with her husband of five years Aaron, dog Maiya, and their farm animals which include 10 chickens and two cows. They even named their cows after “two of the greatest women in country music”: Reba [McIntire] and Dolly [Parton].

“When the weather is nice, I like to go fishing or work in my garden,” Mrs. Powers said.
“Growing vegetables and flowers gives me so much excitement, almost like catching a big bass.”