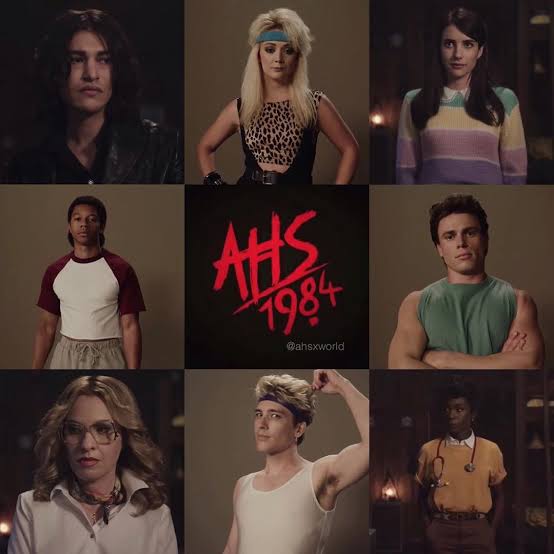 The FX series, American Horror Story: 1984 focuses on Brooke Thompson who gets a summer job at the newly re-opened Camp Redwood with her new friends Montana, Xavier, Chet, and Ray. She gets this job to escape the Night Stalker, who previously attacked her in her Los Angeles home. However, things don’t go as planned.

For its funny dialogue, I would give American Horror Story: 1984 a four out of five stars. It is witty and intelligent. The dialogue even made the sad parts funny, which is a good thing. The acting is mediocre, and even cheesy at some parts, which is why I rate the acting two out of five stars. For example, Emma Roberts, who plays Brooke, got into the character well, but in some parts, she is just corny and cringy. Also, in some scenes, Billie Lourd as Montana Duke comes off as cheesy. It could be the screen writers’ fault as how the character was written, but it came off bad to me.

Finally, the cinematography of American Horror Story: 1984 gets a five out of five stars because Camp Redwood looks perfect. Filming took place in Franklin Canyon Park in California, which perfectly represents the back story of the Night Stalker in LA in 1984. Also, the way the same setting had changed in the last episode was amazing.