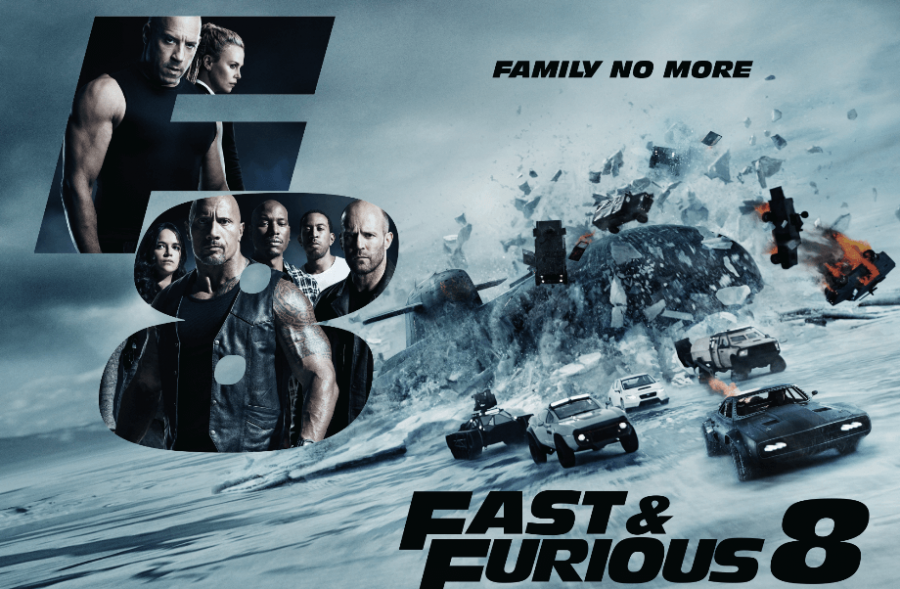 Fast and Furious 8 is an action movie where the main character Dominic Toretto is expected to turn on his own people in order to save his son and mom from being held captive. This movie is filled with amazing actors that make the movie a lot better with their talent.

The movie takes place in New York, Ohio, and Georgia but also Cuba and Iceland. The most entertaining cinematography takes place in Iceland when the submarine causes a huge explosion. Another memorable scene is when they are in New York when Dominic’s teams catches him with all of their cars, and Toretto manages to pull away from all of them with ease.

The outstanding actor Vin Diesel brings the big bad guy Dominic Toretto to life, making it seem so real and serious. Michelle Rodriguez plays Letty, the worried wife that has to deal with her husband being on the bad guy’s side, which makes it harder for her to go against him in any encounter. In the beginning of the movie, she worries about where Dominic has gone because he leaves without telling her and without coming back. She later finds out what happened and tries her hardest to get him back.

The special effects are great due to the movie looking so realistic. The explosions look impressive. The car crash scenes also look like real car wrecks that happen in a normal day life except for the ones that include them exploding. For the most part many of the cgi scenes in fast and furious 8 are well edited to look realistic.

Fast and Furious 8 is a great movie that you should go watch if you are into cars and action movies. Overall, this movie rates a solid 4 out of 5 compared to the other movies in the saga.