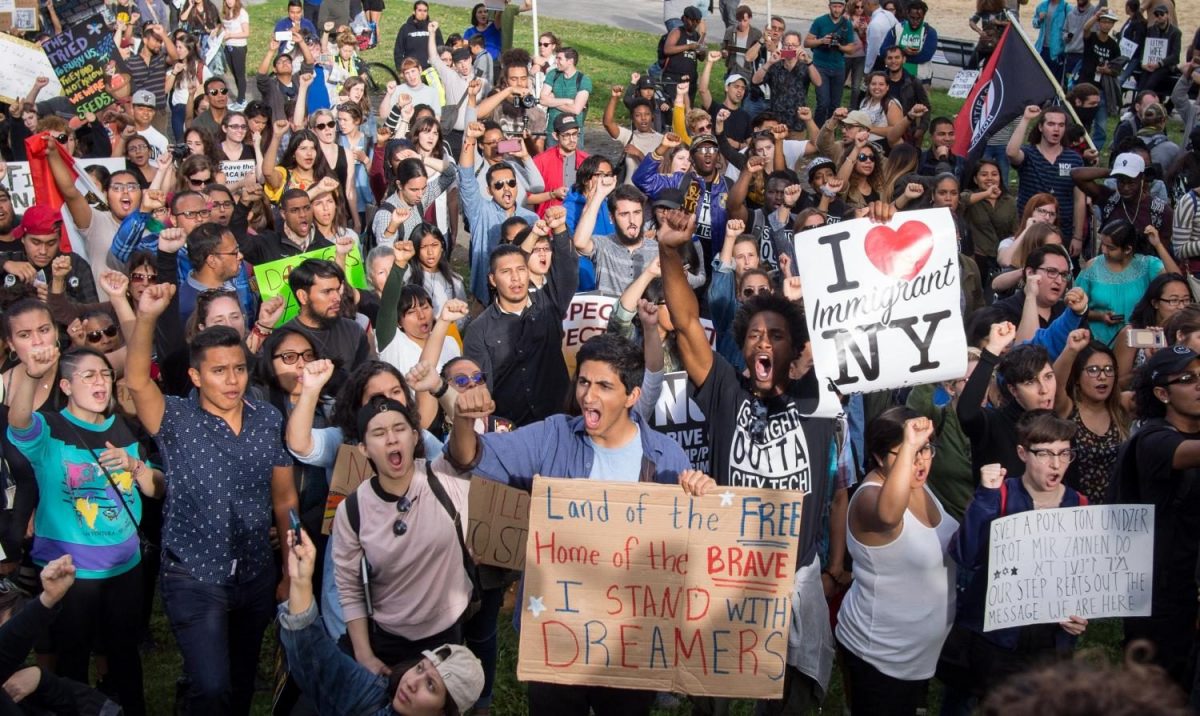 At Columbus Circle in Manhattan, New York, people protest the reversal of DACA.

I’m against reversing DACA (Deferred Action for Childhood Arrivals), which is a policy that protects immigrants whose parents brought them into the U.S. illegally when they were children. Through DACA, 800,000 “dreamers” could apply to stay in America for two years without fear of deportation and also be eligible for work permits. DACA went into effect in 2012 under President Obama. However, President Trump reversed DACA last month because he wants to deport illegals.

It’s really wrong for President Trump to try and take away the Dreamers’ possibilities for a great future. It’s also cruel to tear families apart and cause so much damage. It is the saddest thing ever! I feel sad for the dreamers and angry because of the bad things that can happen without the DACA program. In my family, my cousin Eduardo is not going to be able to attend college. This program was an opportunity for him to become the first member of his family to attend college.

“I think the President is being unfair to take DACA away from Dreamers because they want to continue their lives here in the U.S.,” Pamela Anguiano, 9th, said.

“I don’t think what President Trump is doing is right because lots of lives of Dreamers are now in
jeopardy,” Ivania said.